CIRC had a hugely successful day on their home river, on Sunday the 17th of June, with a total of 56 of the silver crossed-oar pins (awarded in this Regatta instead of Gold Medals) being brought back to the clubhouse.

The Jes Scullers won the Women's Junior 18 in Caoileann Nic Donncha, Junior 16 in Amy O’Gorman and Junior 15 in Kate Hume.

A great day for the Jes was topped off with further wins in the girls Junior 16, 15 and 14 Coxed Quads crews and they are as follows:

This was great result for the Jes Rowing and is a tribute to all rowers, coaches and supporters with thirteen outright events won.

Special thanks to Deirdre Lydon, Colette Gill, and Gavin Kelly, who were on hand to take photos on the day. See all their photos by clicking on the image, below. 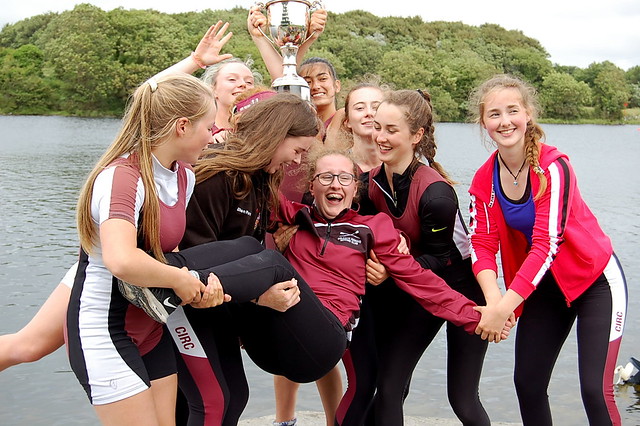