The 2-day Skibereen regatta began with competitors rowing into a very stiff headwind - enough to bring the boats to a complete stop within seconds of their crossing the finish line, and for crews to zoom past spectators at almost race-speed while paddling up to the stake boats. Junior 14 events, that were originally scheduled for the morning, were very sensibly postponed until the late afternoon by the regatta organisers, who were keeping a close eye on the weather forecasts. As predicted, the wind died down to a gentle breeze by 2pm, making for blisteringly fast races and exciting finishes for the remainder of the day. The clear, bright days were ideal for rowing and spectating alike. Although not warm, there was some heat in the sun so only those unwise enough to spectate in the shade felt the cold.

Racing consists of heats (typically only 1 heat for each crew), in order to whittle the competing crews down to the fastest 18: The fastest 6 crews are in Final A, the next fastest 6 are in Final B, and the third fastest 6 are grouped into Final C. These finals are then raced in reverse order (i.e. Final A happens last), presumably to give the fastest crews a little bit more recovery time after their heats.

Once the finals have been raced, the times posted by each crew are examined to determine the winners for each category (e.g. J18A, J18B, J16). It is often impossible to tell who won in a particular category until the times are published. For example, a CIRC J18A crew could race a really fast heat and make it to the A final, where they race against Senior, Inter, and Club 1 crews. All their J18A competition could have already raced in the previous race (the B final). This crew could come home last in their A final but, because the pace was so fast, they may still have raced the 2k faster than any other J18 crew, making them the J18A winners. Equally possible is the scenario where, due to their fatigue from racing the fastest J18 heat, this crew could complete their final in a slower time than one or two of the J18A crews in Final B, which would earn them a silver or bronze medal in the J18A category.

In Grand League events, pennants are also awarded to the fastest boats in Division 1 and 2 (men and women) based on their percentages of the gold medal standard times (calculated from current and recent World Gold Medal standards). This means that the 8+ will not necessarily be the fastest boat in each division.

Clubs accumulate points, depending on their successes at each Grand League event:

In 2018, CIRC was the strongest school club, accumulating 700 points overall to take 8th place in the Grand League, ahead of 43 other clubs. CIRC's strong performance in the first grand league regatta of 2019 has earned 863 points, placing us 3rd overall. Only Cork and Shandon received more points (neither of which are school clubs), which means the Jes continues to enjoy the position of top school in the 2019 Grand League, albeit with two more events to go.

The high number of points were due to a number of successes over the weekend. Highlights of the event include:

Unfortunately, a CIRC photographer was not able to attend the event on Sunday but photos from Saturday, and some from Sunday (provided by coaches) can be viewed below: 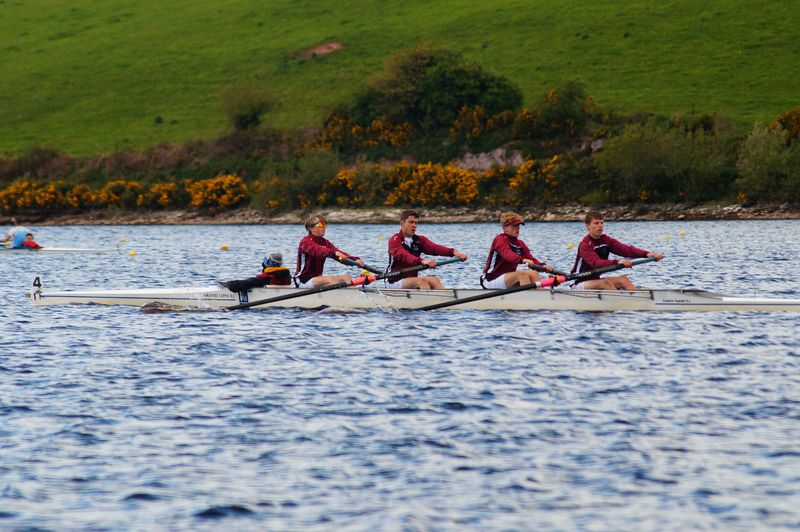